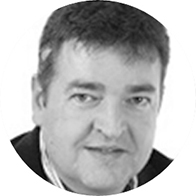 Jerry began his career with the Irish Accountancy firm Horwath Bastow Charleton and between 1989 and 1996 he was audit senior for a number of private and publicly quoted companies. In 1996 he became Group Accountant in the publically quoted Gresham Group PLC. In 2008 he joined Altobridge as Financial Controller and was appointed CFO in 2011. Jerry managed Investor Relations with the International Finance Corporation (IFC) and Intel Corporation. He successfully put in place multiyear project (grant) funding with the European Space Agency (ESA) and secured significant annual Research & Development Tax Credits from the Irish Government. He oversaw the Blue Ocean Wireless spinout from Altobridge, the acquisition of a division of Tyco in the US and implemented the successful Fully Managed Services business unit for Altobridge in South East Asia. Jerry has a BA from University College Cork and a Postgraduate Diploma in Business from the Michael Smurfitt Business School at University College Dublin, majoring in Finance & Banking.