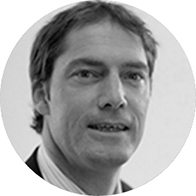 Mike Fitzgerald has 28 year of experience in software and wireless networking companies. Originally a software engineer at Ericsson Mike entered the business arena in 1991, he was a Vice President of two NASDAQ-quoted companies (ADC Telecommunications and interWAVE Communications), he carried out a Management Buy Out (Microcellular Systems Ltd.) in 1999, a trade sale (to interWAVE Communications) in 2000, he co-founded the indigenous Irish software company Altobridge Ltd (2002) and between 2000 to 2015 has been a founding investor or board member of several  companies including; NewBay, AMCS Group, Mobinets, Mianach Venture Capital, Propylon, Blue Ocean Wireless, Cross Atlantic Productions. He graduated from University College Cork in 1988 (BA Special Honours (Computers and Mathematics)) and Stanford University Graduate School of Business in 2008 (Leadership 4 Growth). In 2009, he was named Ernst & Young’s Irish Entrepreneur of the Year (Emerging category) and in 2012 a Technology Pioneer at the World Economic Forum.