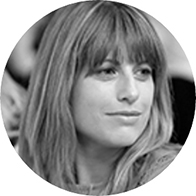 Ruth joined Net Feasa in 2015 and in the last four years she has managed large telecommunication procurement and deployment projects for clients. She currently holds the position of COO. Ruth began her career Intel and Credit Suisse, following a Master’s Degree in IT she joined Altobridge as a Product Manager, specialising in Remote Communications. During her time the role expanded to include contract and IP agreement work. Ruth is a graduate of Applied Physics from University of Limerick and she completed her Masters in IT at the National University of Ireland, Galway. .